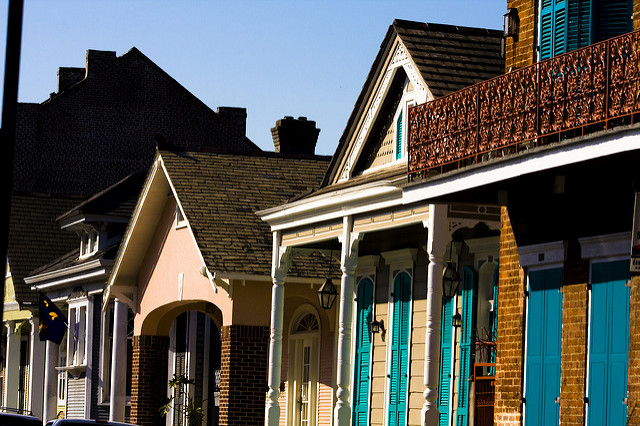 In New Orleans, the state of affordable housing is in a crisis. The 2016 Katrina Indexreports that since the storm, home values rose by 54% and rent is up 50%. The annual household income needed to afford rent in New Orleans is $38,000, but nearly 71% of workers earn wages averaging $35,000. However, some city planners are seeking ways to curb the affordable housing shortage.

Here are some ways NOLA is trying to curb the lack of affordable housing:

A project of the New Orleans Redevelopment Authority, NSP2 has created over 425 homes for residents. The Authority has helped establish the program by contributing properties to be redeveloped in neighborhoods throughout the city. The investments have direct and positive impacts on the growth and quality of neighborhoods and families that reside in these new homes. The program stays dedicated to the development of residential neighborhoods by offering financing, land, and interactive partnerships with housing developers to build attractive, vibrant communities and energy efficient homes in underserved communities. Check out their major development projects!

Created in 2015, the program has a 10-year mission to address the affordable housing crisis. As a community-focused housing initiative, they have led community discussions to include residents as they address the needs of New Orleans. Their goal is to develop 3,000 affordable homes by 2018. According to the Executive Director, Andreanecia Morris, they are seeking to preserve established housing units and increase the future affordable housing supply, while trying to prevent future displacement through development activities and continued policy review and research. They also encourage sustainable design. Of note, they also focus on improving accessibility to homes for all demographics, including special needs residents.

The program is funded by local, state, and federal money, public policy advocacy, and working with private real estate developers and non-profit groups. By 2021, their goal is to have established 5,000 homes.

Thus far, HousingNOLA has remained dedicated to funding homeowners and supporting landlord rehabilitation housing to help revitalize neighborhoods and mandatory studies that focus on inclusionary zoning. They have also introduced HANO’s criminal background policy in 2013. The policy is designed to help remove roadblocks for formerly convicted citizens so they can secure affordable housing.

The pilot program and study is designed to help increase New Orleans’ affordable housing. The Smart Housing Mix Ordinance Study calls for the City Planning Commission to survey the creation and implementation of Smart Housing which includes safer and healthier constructions. Smart Housing could influence market rate developers to construct and maintain lower-priced housing through incentives like offering variances to the city’s zoning ordinances and codes. This small step could advocate for more affordable housing to be built in New Orleans.

Large-scale efforts to help establish affordable housing is needed on a large-scale basis. Hopefully, with the swift implementation of these programs, NOLA can help provide better homes and neighborhoods for in-need communities.