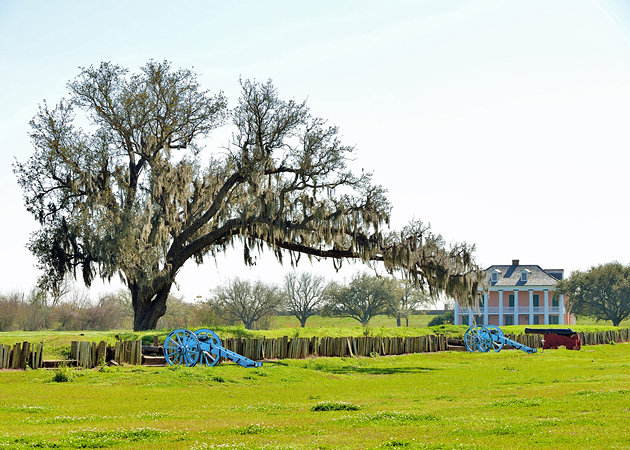 When asked about national parks, most people picture expansive landscapes in the American West, like Yellowstone, or Yosemite. But some national parks in the U.S. don’t fit this representation.  As our National Parks Service Director Jonathan Jarvis reminds us, a few of our nation’s most fascinating national parks and monuments are located outside of the American west. “You won’t find bears and waterfalls in them,” Jarvis told a reporter while visiting New Orleans’ Jazz National Historical Park earlier this year.

To mark its 100th anniversary in 2016, the National Park Service (NPS) offers park visitors the chance to participate in a variety of NPS centennial events in New Orleans. Summer is a great time to visit New Orleans’ national parks. Read on to learn more about them!

Jean Lafitte National Historical Park and Preserve is comprised of six individual sites across south Louisiana, and three of them (The French Quarter Visitor Center, the Barataria Preserve, and Chalmette Battlefield and National Cemetery) are located in or in close proximity to New Orleans:

The French Quarter Visitor Center offers a fascinating peek inside Louisiana’s rich history, culture, and geography. Take a ranger-led tour to learn about the area’s culinary traditions. The Visitor Center is also headquarters to the Jean Lafitte Junior Ranger program. Kids who participate in the Junior Ranger program can explore Jean Lafitte sites via scavenger hunts, interactive puzzles, and other engaging and fun learning experiences.

Jean Lafitte’s Barataria Preserve is home to 23,000 acres of wetlands and marshes. Although considered mysterious by many, the swamps should be appreciated for their natural beauty and amazing plant and animal life.Outdoorsy types will enjoy hiking trails that meander through the preserve’s forests, bayous, and swamps. Visitors can catch a glimpse of the preserve’s many bird species and wildlife. Bataria is famous for its iconic blue irises, which should be in full bloom.

History buffs will enjoy touring Chalmette Battlefield, an enduring symbol of the War of 1812. Chalmette, the site of the Battle of New Orleans, is where Andrew Jackson led a rag-tag militia of frontiersmen, former slaves, and local Indians to victory over the British. Adjacent to the battlefield, Chalmette National Cemetery honors thousands of veterans who fought in American conflicts spanning the 19th and 20th centuries.

New Orleans’ Jazz NHP celebrates the heritage and cultural importance of jazz music and offers immersive experiences where visitors can learn about jazz through biographies, oral histories, and self-guided tours. The Park has also played an integral role in the restoration of the Old U.S. Mint building, one of many French Quarter landmarks that was damaged by Hurricane Katrina. Thanks to a $2 million Park Service grant that funded its revitalization, the New Orleans’ Jazz NHP now hosts concerts and world-class performances inside the reopened landmark.

Music At The Mint

The Urban Agenda is a NPS effort to connect its urban parks and make them more relevant to all Americans.

Find Your Park, the centerpiece of the NPS’ 2016 Centennial, provides a digital space for Americans to share their National Park experiences.