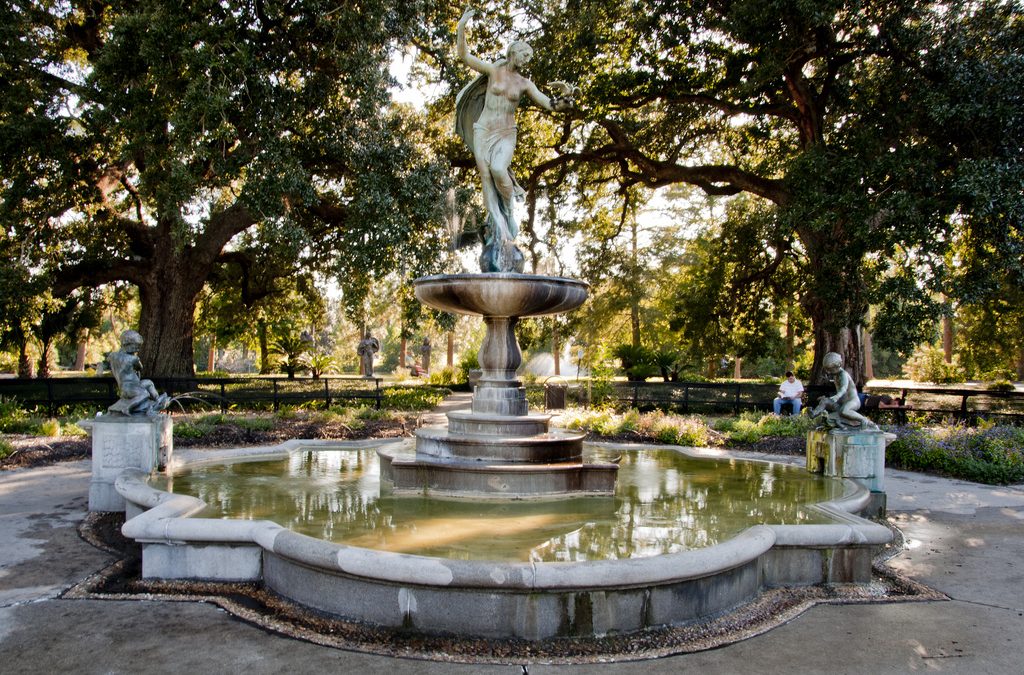 As a subdistrict of Uptown/Carrollton section, New Orleans’ Audubon neighborhood is an area that demands its own respect and admiration. Plenty of New Orleans natives have differing opinion on what makes up the boundaries of the Audubon neighborhood. According to the City Planning Commission definition it starts from S. Claiborne Avenue to the river. It’s historic architecture is bisected by St. Charles Avenue and NOLA’s famous streetcar line.

Throughout the neighborhood, beautiful tree-lined streets and decadent streets are seen. The Audubon district is home to many prominent and distinct New Orleans sites from The Audubon Park to famous Loyola and Tulane Universities. Let’s explore and learn a bit The Audubon neighborhood’s history!

In the early 19th century, a growing New Orleans town spread upriver and began to include spreads of farmlands, plantations, and villages into its vastly developing boundaries. By 1870, the area was almost completely populated with the exception of one plantation. The City of New Orleans originally purchased the land to turn into a park. However, no developments were made until the 1884 World’s Fair Cotton Centennial came to town. Today, visitors may still see the only remaining artifact from the fair; a metallic bolder on the east side of Audubon Park’s golf course, referred to by locals as “The Meteorite”. After the fair, the land between St. Charles Avenue and the Mississippi River were developed into Audubon Park. In addition, the area on behind St. Charles Avenue was divided into home for Tulane and Loyola University students.

In the past, the neighborhood also included a long strip on either side of Broadway. Before the district became a part of New Orleans in 1870, it was referred to the town of Greenville. At times, visitors may hear residents refer to the neighborhood that lies upriver from the park as Greenville. Today, visitors can still find the Historic Greenville Hall on St. Charles Avenue, just up the street from Broadway and in the middle of the district’s third University, St. Mary’s Dominican College (1910-1984). Now, this spot is part of Loyola University’s property and acts as a satellite campus.

Today, the Audubon section is home to prestigious universities with a bevy of students occupiers. Many properties are expensive surrounding the campuses with adjacent streets filled with highly-valued, premium real estate in the city. The neighborhood is also often referred to as the University area, uptown from New Orleans main districts. In addition, the Audubon Park is a lovely attraction and remains one of the largest parks in the city. It holds numerous preservation projects including aquarium and nature center. It is also home to the Audubon Zoo where visitors can spot rare white alligators near the upper part of Magazine Street. Riverboats can escort guests to the Zoo from the Central Business District.

Visitors will find plenty of foot traffic in this section, with many students, joggers, and bikers, making for a very lively and active neighborhood.

The Audubon home is a lively and active neighborhood filled with so much culture, history, and education. It’s a peaceful, but vibrant neighborhood to explore and you’ll catch numerous photo ops while strolling through. As one of the most beautiful parts of New Orleans, it’s a great place to stop, look, and think about NOLA’s culture.