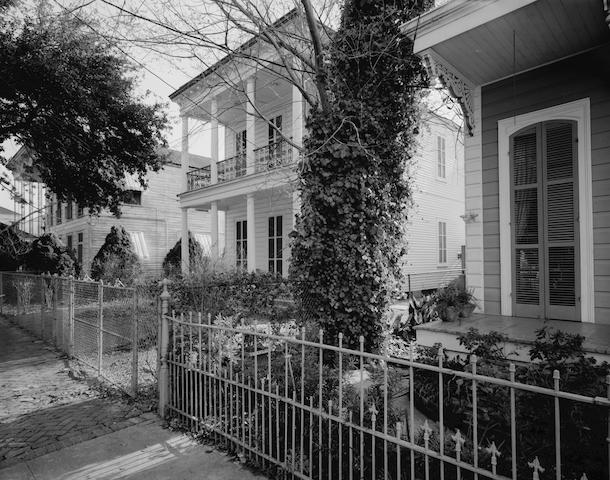 A historic section of New Orleans with a storied past, The Irish Channel is considered one of the most eclectic areas in the city…and for New Orleans that’s saying a lot! A neighborhood that consists of mainly residential and commercial buildings, the area is a subdistrict of the Central City/Garden District neighborhoods.

According to the New Orleans City Planning Commission, the neighborhood’s boundaries lie at Magazine Street in the north, First Street in the east, the Mississippi River in the south, and Toledano Street to the west. The Irish Channel encompasses .83 square miles, making it an extremely small neighborhood. However, it’s an area that has  significantly added to the culture and economy over the past few centuries.

Our neighborhood series offers you the opportunity to learn more about the Irish Channel’s history and culture:

The neighborhood was originally comprised of German, Italian, and African American families living in close proximity. As implied by the name, the Irish Channel was originally settled by Irish immigrants in the 1830s. Docking on Adele Street, penniless immigrants often took shelter in the small cottages near the docks. These simple shelters originated the shotgun house style we see in the area today.

At this time, Irish immigrants arrived mainly to build the New Basin Canal, but were generally treated as expendable labor. As dishonest investors led immigrants to believe that New Orleans had an Irish enclave close to other Irish immigrant populations like New York and Philadelphia, the city subsequently gained the largest Irish population in the American South.

During the period of early immigration, the Irish Channel–then known as Lafayette–was located outside the incorporated city of New Orleans. It wasn’t until 1852 that the neighborhood was formally annexed. Early in its history, the neighborhood developed a reputation for crime, centered on the corners of St. Mary Street and Religious Street, but that characteristic slowly eroded with time.

During the 20th century, a majority of the neighborhood’s population worked for the port of New Orleans before modern shipping innovations reduced the need for manual labor. Many breweries also provided incomes for locals. In the 1960s, the neighborhood became largely African-American in demographic, with minor populations of Americans of Irish and Latino descent whose families had been there for decades. Despite ethnic backgrounds, many diverse locals enjoy parades and parties to celebrate St. Patrick’s Day as a cultural highlight of the neighborhood to this day.

Today, the Irish Channel is one of the most eclectic neighborhoods in New Orleans, popular and accessible to residents and tourists. A mix of wealthy and working class residents live in this section and many families are multigenerational, while new residents are always moving in. Being located next to the high ground of the Mississippi River, it is now a desirable and valuable place to settle. Luckily, it survived the flooding and damage caused by Hurricane Katrina. Now, a mixture of locally-owned shops and restaurants provide a charming and peaceful backdrop attracts everyone throughout the city and the country.

There are several historical and architectural landmarks in this neighborhood worth checking out. In addition, the local restaurants and bars are great options to enjoy Louisiana Creole and seafood while getting to know the locals:

The quaint, quiet neighborhood is a nice way to get away from the crowds of Bourbon Street and explore how the locals live. Enjoy your explorations!