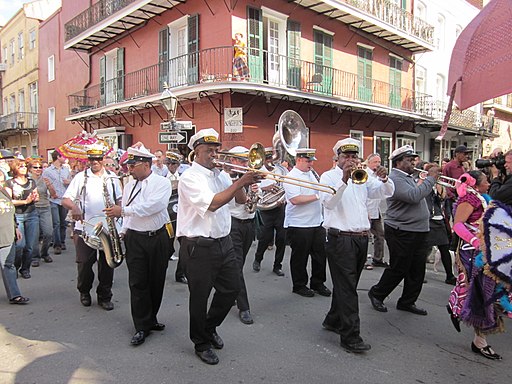 As the oldest African-American neighborhood in the city, the Treme district offers significant contributions to New Orleans’ cultural, political, economic, and social legacy for the past two centuries. Today, it remains an important district and center for the African-American and Creole communities, offering historical sites and ongoing cultural traditions like modern brass musicianship.

The Treme neighborhood lies between North Broad and North Rampart streets and from the famous Canal Street to St. Bernard Avenue. However, its historic distinctions were Occasionally, the district is called by its more formal name: The Faubourg Treme which means the suburbs. If you’d like to learn more about New Orleans culture, national African-American history, and the heritage of the South, then it’s a great area to tour.

The site where the Treme district now exists originally consisted of Morand Plantation and the St. John and St. Ferdinand forts. But during the late 1700s, the land was purchased by Claude Treme. By 1794, the Carondelet Canal was built and stretched from the French Quarter to Bayou St. John. Since the canal split the land into sections, developers start building houses on various subdivisions for the city’s diverse populations including Haitian Creoles and Caucasians. In later years, freed African slaves were able to purchase land of their own. This was remarkable for the time and also only occurred in New Orleans regularly.

Congo Square, also called Place des Negres, was a significant area where slaves gathered to dance on Sundays. The tradition was popular in the community, but in the years leading up to the Civil War, when the tradition dwindled. It also served as a major place of business for slaves who sold their crafts and goods. Some were able to obtain their freedom through these sales. In the late 1800s, the name was changed to Beauregard Square, but was never used by locals due to its honoring of the Confederate Civil War general. In the late 20th century, its named was changed back to the traditional Congo Square.

In the early 1960s, the central part of the Treme neighborhood was largely demolished as part of a urban renewal initiative. However, this was largely considered a mistake by many analysts. Much land stood vacant for many years, but in the 1970s, the city created Louis Armstrong Park, place Congo Square in its borders. The New Orleans Jazz National Historic Park was later established here, too.

There are also many musicians that call Treme home including Alphonse Piccou, Troy “Trombone Shorty” Andrews, and “The King of Treme, Shannon Powell. Famous musicians like Louis Prima have also called the neighborhood home.

The Treme neighborhood is very popular with native locals and visitors who wish to celebrate African American history and achievements. Frequent cultural traditions like second-line parades and jazz funerals are frequently held in the neighborhood. Today it is home to several landmarks and museums honoring jazz music and African American culture.

When you’re visiting the neighborhood, immerse yourself in African American culture and history by visiting these sites:

While exploring the Treme section, you can start to appreciate the role it has played in the history of African American culture, New Orleans, and the nation. The neighborhoods cultural contributions have become a popular and prominent aspect of Southern life in NOLA.