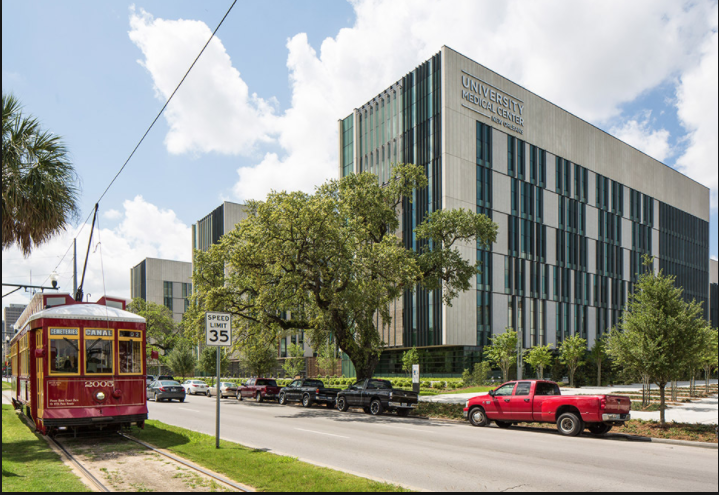 Situated on the borders of famous neighborhoods, The Tulane/Gravier area of New Orleans is a neighborhood that is a subdistrict of the Mid City neighborhood. The City Planning Commission designates its borders as St. Louis Street to its north, North Claiborne Avenue, and Iberville Street. North and South Derbigny Streets and Cleveland Streets also comprise its street borders to the east. The famous Pontchartrain Expressway makes up its south border.

Mostly residential, the area is known for its diversity and nightlife. Let’s take a closer look at this New Orleans neighborhood:

The neighborhood was first settled by European Jesuits. However, they were expelled from the Louisiana territory by the King of France in 1763 while the neighborhood land was sold at auction. Over the next 50 years, it changed private ownership many times. Some of its owners include Andres Reynard, Juan Pradel, and Bertrand and Jean Gravier. A small part of the land was granted to the Marquis de Lafayette in 1806 for his service during the Revolutionary War. The former boundaries of the neighborhood were Iberville, North Rampart and North Galvez Streets, and Common Street. By 1840 to 1841, the newest owner John Hagan purchased the land, called it Faubourg Hagan and sold it. The neighborhood — a triangular shape between Claiborne and Galvez on Tulane Avenue — comprised 41 city blocks.

The neighborhood was named in honor of Paul Tulane, the founder of Tulane University and a major financial benefactor to education in Louisiana, along with the founders of Faubourg St. Mary’s, the Graviers.

In the early 19th century, commercial development boomed, particularly along Broad, Tulane, and Canal Streets. The new construction started to replace single and two-family structures along its interior corridors. By the 1950s and 1960s, more industrial construction became prominent within the area. In the 1990s, multi-family homes became converted in lower numbers. Now, mainly a commercial area, many residential buildings were also demolished. As a result, community residents formed community development corporations that assisted in the citywide renovations throughout the 1990s and early 2000s.

The Tulane/Gravier neighborhood is now becoming revitalized with many low-income residents calling the area home. A mix of commercial and residential zoning has given rise to  manufacturing plants and other industrial complexes.

There are several community facilities that make up significant landmarks in the neighborhood. This includes:

Walking through the streets of the neighborhood will give visitors a sense of both industrial and residential history of the city, along with the wide influence of diverse ethnicities who now populate the area. Enjoy your stroll through the neighborhood!