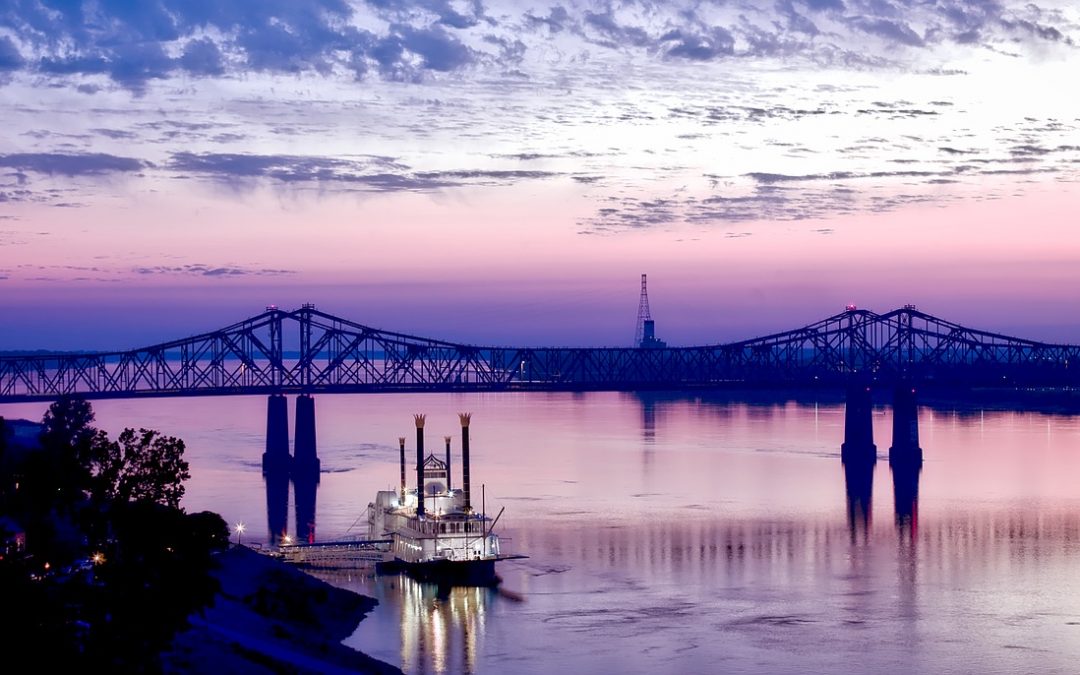 Characterized by its charming landscape and rich architecture, New Orleans’ offers a romantic cityscape with a scenic placement on the Mississippi River and its close proximity to the Gulf Coast and its interconnecting swamplands.

Decades ago, the Mississippi River was hardly visible through the industrial warehouses that blocked the view from the French Quarter. However, now the riverfront is a development hotspot which aims to help revitalize New Orleans downtown district.

The east bank riverfront has many projects starting to transform the neighborhood. Efforts to update the waterfront were developed in the 1970s, starting with the Moonwalk by Jackson Square, but newer plans are expected to increase tourism, improve employment, and spur economic revenue for years to come. These new project can offer a better quality of life which can greatly benefit local communities.

Reinvesting the Crescent, a project from the New Orleans Building Corporation, is spearheading the redevelopment of six miles of unused industrial and commercial space along the Mississippi River.

Phase 1 of the project focused on Crescent Park. Park space is dedicated to revitalizing the riverside space by reconnecting the city with its communities. The outdoor space offers scenic views of the river and is designed by architects George Hargreaves, David Adjaye, Michael Maltzan, and Allen Eskew. The new park will include 1.4 miles of open space with 20 acres of landscaping that include native plants, bike paths, a dog walk/run, playgrounds, and to multi-purpose pavilions. Spanning from Marigny’s Elysian Fields Avenue to Poland Avenue in the Bywater neighborhood, the park will utilize self-reliant alternative energies and a basic economic model. The park is also designed to be financially self-sufficient, implementing resources that will help recycle and save resources in the long-run.

An important part of constructing Crescent Park was to transform and improve the space while preserving visual elements of the city’s commercial port past. The Mandeville Shed and Piety Wharf are linked together by a linear Park and Piety Gardens to offer a balanced experience that provides community interactions and active recreations. These project will integrate natural borders that implement railroad tracks, boxcar hedges, and native species of plants to enhance the vibrant space.

However, there are also various other projects that are still in development. They include:

One of the biggest projects to jumpstart the next phase of planning includes the revitalization of 47 acres of vacant land upriver from the Pontchartrain Expressway. Howard Hughes Corp and Joe Jaeger, a local developer, have plans to create new neighborhoods with apartments, condos, restaurants, and entertainment areas. In fact, Jaeger has recently purchased the Market Street Power Plant that will transform into a mixed-use entertainment and commercial district.

Currently, Eskew+Dumez+Ripple and Manning Architects are working on a redesign for the neighborhoods that include improved access to the waterfront, green spaces. The project is even expected to rival the Woldenberg project in terms of activity and size. An extremely exciting aspect of the project which could spark interest in the area is an educational campus, museum, and a culinary emporium. A landmark tower will also mark the site as a major attraction in the downtown area.

Other potential projects also lie on the horizon. An idea to build up the city’s old Navy facility in Bywater could be lucrative. Named the Port of Embarkation, developers wish to change the area into several mid-rise residential buildings with green parks and outdoor amphitheaters. In the future, we may also see another cruise ship terminal at Poland Avenue with a waterfront restaurant.

There are constantly new and ongoing negotiations to create more attention to the riverfront, like adding public gathering spaces or an entirely new $1 billion neighborhoods. However, some of this will depend on public money, private investments, and political outcomes. Yet, this is an exciting time for New Orleans to redevelop its naturally beautiful landscapes.